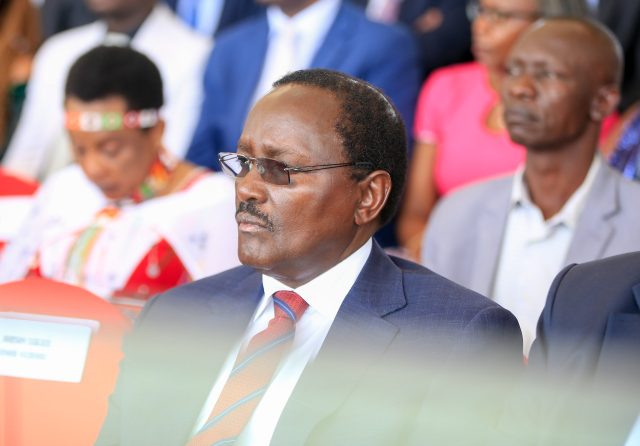 President William Ruto 24th October 2022 Joined Faithful at African Inland Church (A.I.C), Kitui Township for church service, Kitui County. The country boss who is well known for quoting verses in the bible left the nation with a verse from Colossians 3:23-24. The verse encourages everyone to do everything with all heart since it is working for the Lord and not human.

“Whatever you do, work at it with all your heart, as working for the Lord, not for human masters, since you know that you will receive an inheritance from the Lord as a reward. It is the Lord Christ you are serving.” — Colossians 3:23-24 (NIV)

Ruto States how he pleaded with Kalonzo to join his government.

After sharing a few scripture verses, President Ruto through his speech stated how he has been on the run to win Hon. Kalonzo Musyoka to his government. H.E Ruto says he has requested Kalonzo to work with him but he still prefers being in the opposition government.

“If Kalonzo is ready to work with me, I am ready. I looked for him, and we had a talk. I told him to join me and form the government, but he said he wants to try the Opposition first.” – President William Ruto.

Hon. Kalonzo Musyoka Rejects the offer proffering to work with the Opposition Government.

Wiper party leader Kalonzo Musyoka says Former Prime Minister Raila Odinga will announce his own Cabinet after returning to the country from India. The shadow cabinet will be entitled to criticizing the governments cabinet formed by Dr. William Ruto whenever something goes wrong.

“When Baba is back, we are going to announce our shadow cabinet,” – Kalonzo Musyoka. Kalonzo Refuses to join the Kenya Kwanza Government.

Kalonzo Musyoka is the Wiper Democratic Party leader. He was the tenth Vice-President of Kenya from 2008 – 2013. He is currently a member of Azimio One Kenya Coalition led by Raila Odinga and former President Uhuru Muigai Kenyatta. He was set to be the Prime Minister if Azimio leader Raila Odinga could have won as the fifth president of the Republic of Kenya.