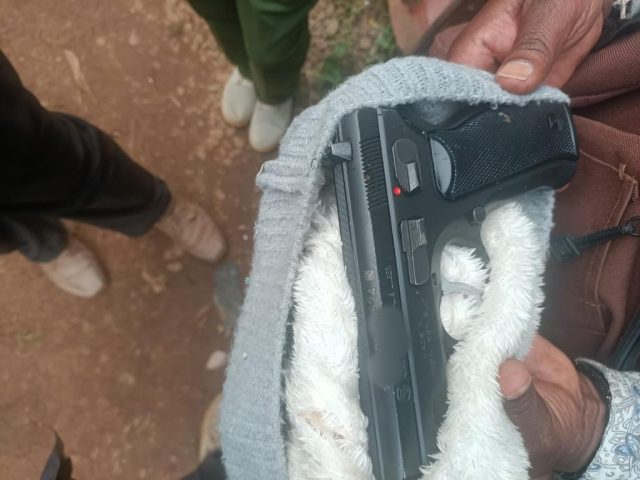 This immediate action is acted upon after the the getting information from the members of the public.

From the statement shared by the Kenya National Police, the officers conducted a search in the suspects House and recovered the pictured Pistol loaded with a 15 round ammunition magazine.

The suspects are currently confined at the station awaiting further processes.

The operation follows the spike in insecurity witnesses across the nation. The NPS has called on Citizen to remain vigilant and share information concerning suspicious behaviours and individuals.

TAMBUA AFRICA NEWS is your News, Sports, Politics, Education, Entertainment, Music & Fashion website. We provide you with the latest breaking news and videos straight as they happen.
Contact us: [email protected]ambua.africa