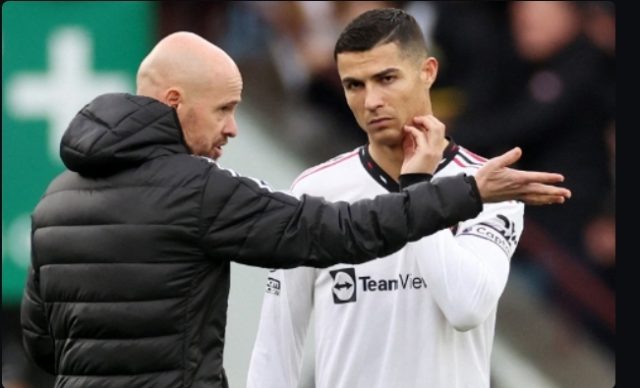 Cristiano Ronald a player at Manchester United to leave club immediately after castigating the club and coach.

This happened in an interview with a controversial British journalist.

From the statement issued by Manchester United, the club first thanks the Portuguese star for his contribution to tye team while at Stamford Bridge.

Ronaldo leaves Manchester United but has garnered 145 goals in his cumulative appearance for the team. The club wishes him well together with his family in future.

The club leadership says everyone is still focused to ensure the success of the team.

Manchester United is currently striving for the best under Coach Eric Ten Hag.

Much to follow on Cristiano Ronald leaving Manchester United….