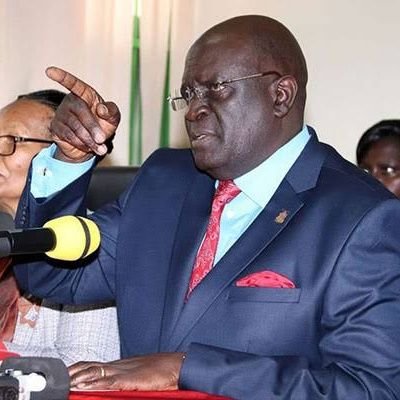 The Cs Professor George Magoha is prepared to face reality after making public remarks on Gay learners. Gay is an intimate relationship between man and man. This kind of relationship has been loudly revoked by the Education boss calling out school heads not to entertain learners practising it.

He even went further urging the school administrator not to allow this kind of learners in their schools. Being one of the measures the ministry is suggesting to control the school unrest and bad behaviours, the same happens to be bitter to another section of the Citizens.

The law champions have have set themselves on a parallel path with this directive. The major for disagreement is baring gay students from boarding school is unconstitutional, discriminatory and inhuman.

They state that being a gay person is a natural act just like a sexual, heterosexual, pan sexual and big sexual. They further explained that despite the learners behaviour they all must be loved and avoid isolation.

Despite repulsion but other citizens have welcomed the decision positively celebrating how it will help change their children.

Apart from gay learners the Cs also did not leave out those who use drugs. He also caution that all learners will under a drugs and abuse test and those found positive will be excluded from boarding School.

This measure are part of the stiff instructions put in place by the Education sector to control schools unrest and recurrent strikes. They are also to help create a conducive environment for serious learners who want to carry out thorough revision for the fourth coming National Examinations in March.

KCPE Results 2022 to be out in Two weeks time – December