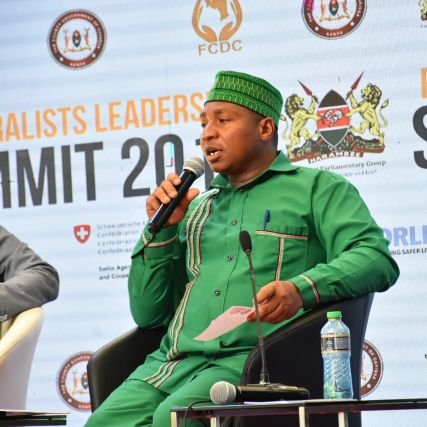 Hon Member of Parliament has come out loud over the drama caused by his fellow Members of Parliament Hon Babu Owino. Speaking on the Celebrity Hot seat at Radio maisha through the phone Sankok opened up on the plan he had with the crutches.

The incident happened when the special Parliament proceedings were held to ammendment the Political Parties and coalition Bill. In the event Owino the controversial Member of Parliament ended up hiding the crutches.

Explaining to BillyMiya and Mbaruk Mwalimu about the incident he says it was God’s plan since no one new the intention of the crutches. Ole Sankok had planned to use them for defence incase physical arguments could erupt in the Parliament. He speaks out by himself on how he restructured them the whole night just to serve as a weapon.

In the same way he expressed how sorry he was but asked for Babu Owino to play safe while dealing with people with disabilities.

“It was OK to hide my crutches. But what could have happen to me incase of an emergency. I could have died.” He says.