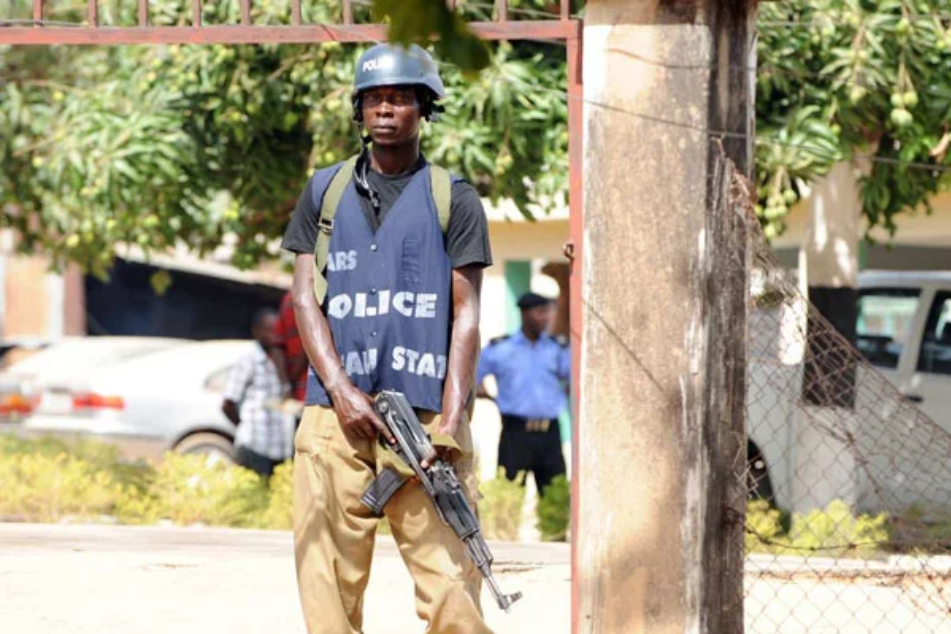 More than a hundred demonstrators clashed with police near a South African-owned supermarket in the Nigerian capital on Wednesday as resentment simmered over attacks on foreign-owned shops in South Africa.

Demonstrators burned tyres and hurled rocks outside a mall in Abuja where a branch of the Shoprite supermarket is located, before being repelled by a dozen police, an AFP journalist saw.

“We must avenge the death of our citizens in South Africa,” said one of the demonstrators, Joseph Tasha.

Security was ramped up around South African businesses across Nigeria on Wednesday following a spate of reprisal attacks, police said.

Stores operated by Shoprite, the telecoms giant MTN and other South African firms suffered looting and vandalism in several Nigerian cities, they said.

On Monday and Tuesday, mobs descended on business hubs and townships in various parts of the South Africa, looting dozens of shops and torching trucks driven by foreigners in an outburst of anti-migrant anger.

Five people, most of them South Africans, have been killed and almost 300 arrested.

South Africa has huge investments in Nigeria, with Shoprite, MTN, digital pay-television Multichoice and other companies jostling for a share of the continent’s biggest market.

The country is a major destination for economic migrants from neighbouring Lesotho, Mozambique and Zimbabwe. But others come from much farther away, including South Asia and Nigeria.

The information commissioner for Lagos state, Gbenga Omotosho, said the Shoprite complexes at Jakande and Sangotedo Area in Ajah had been attacked on Tuesday “by some unidentified people claiming to be acting in retaliation against the attacks on Nigerians in South Africa.”

“These attacks are condemned, as they are against the Nigerian spirit of accommodation and benevolence,” he said in a statement.

Information Minister Lai Mohammed also warned in a statement that “targeting South African companies in Nigeria for attack was akin to cutting off ones nose to spite the face.”

“The investors in such companies, especially MTN and Shoprite, are Nigerians,” he pointed out.

Nigeria on Tuesday summoned the South African ambassador for talks and said President Muhammadu Buhari was sending an envoy to convey his displeasure to President Cyril Ramaphosa.

Nigerian celebrities have taken to social media in outrage, with music star Burna Boy leading calls for a boycott of South Africa while fellow stars Teni the Entertainer and Davido condemned the violence. SOURCE: DAILY NATION

TAMBUA AFRICA NEWS is your News, Sports, Politics, Education, Entertainment, Music & Fashion website. We provide you with the latest breaking news and videos straight as they happen.
Contact us: info@tambua.africa