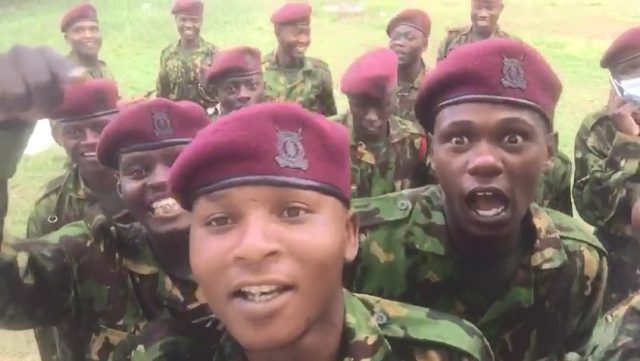 The General Service Unit GSC in Kenya have today celebrated their pass-out in a worst way ever experienced in the country. In a viral video on twitter they are spotted saying they are the baddest. “Si ni wale wabaya.” This statement which is in Sheng’ language embraced by a bigger portion of the youth has risen different translations and rephrase.

The graduating officers took a selfie video celebrating a day before their graduation. They point out that they are soon out of restrictions. 2,502 police passed out at National Police College Embakasi B Campus in Nairobi.

How to Apply Hustler Fund?