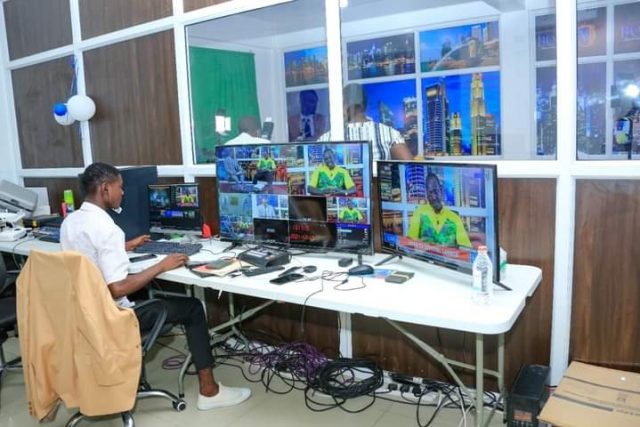 Deputy President William Ruto on Sunday 19th December 2021 launched a Community Based Media Tv tagged Boss Tv. This is a Tv channel that will be located in Mombasa tasked to broadcast to the Mombasa residents.

Ruto was the chief Guest in the Event. He posted afterwards indicating his commitment to support such Innovations in the country as a way of promoting information flow and creation of employment for the Youth.

*Community-based media are crucial components of socio-economic development as they disseminate information based on local priority issues. It is our commitment to support such outlets as part of promoting free flow of information and creating employment for the youth.* He posts on Facebook.

Speaking to Tambua Africa News Deputy President says he was honoured to be part of the guests during the launch of Boss TV which happens to be a community television station that will broadcast in Mombasa County.

Ruto is doing this to boost his Economic Model and urge for job creation in the community. Previously he launched a Spirit Tv in Kenol.