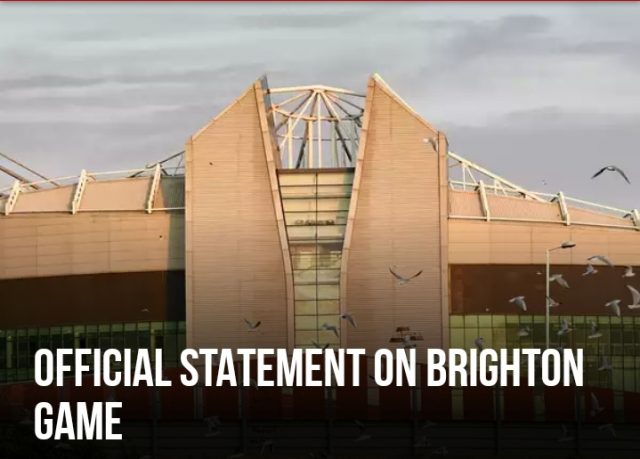 Latest Information from Manchester United confirms postponing of the Biggest awaited Match. The game as planned on the Premier league Fixture was to be played on 18th of December 2021 that is on Saturday.

However the Club has placed the health of their players first. This heartbreaking news hit the news room after indicating the reason why they had make this decision. It all rose from the extent at which Covid-19 is spreading through the Support staff and Field players. It has been noted that some players and support officials are in isolation after some being confirmed Positive while others had to follow on interactions the had.

“The health of players and staff is our priority. Given the number of players and support staff having to isolate due to COVID-19, the club had no option other than to request the match be rearranged. The Premier League Board took the decision to postpone based on guidance from medical advisors.” Manchester United posts.

The club leadership and management has also suspended all training until all is settled.

However all has not been received positively but club funs. Below are of twitter Reactions.

1. Amin– Postpone the season until January give the players a Christmas break and get this outbreak under control

3. The United way: Football is finished if you continue to use this precedent. There will be positive tests until the end of time if you keep testing!! How is it ok to have 60k fans in without tests… but you’re testing players.

4. Wraith: Well u pushed for it, u’ve been trying to get it postponed for days & we’re still non the wiser as fans as to why. So I’ve got some players that tested positive, we’ve got 30 players in our senior squad & we could use the youth aswell…JOKERS!