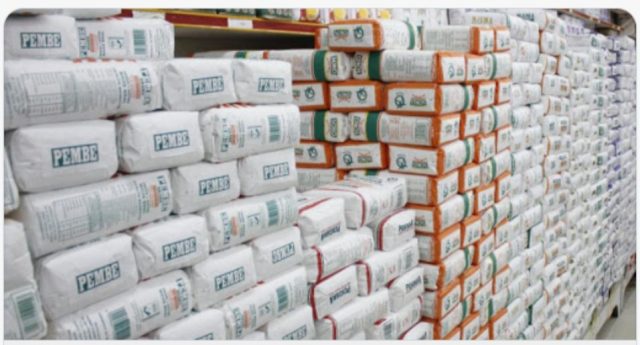 Kenyan Government has finally bowed to the citizen’s cries hence lowering the price of Unga from 230 to Ksh 100 shillings.

After the announcement, Deputy President William Ruto issued a turf statement questioning why low the prices after leaving Kenyans suffer for atleast 4 Months.

Ruto claimed the government decided to lower the prices because elections are near. He further explained stating that this is aimed to earn his competitors from Azimio la Umoja votes.

Unga is one of the staple food in the country. The increase in its cost has greatly drained the pockets of poor Kenyans who struggle to have atleast a meal in a day.

Mess up with the economy, have the prices of Fuel and Unga double. Then purport to lower the prices and say, “we are mindful of your plight as Kenyans. Vote.” No! It will not sail. It reminds us of those shops on Luthuli Avenue with 50% when in actual fact, there is no discount.

“The Price of Unga has dropped from KSH. 230 to KSH. 100 courtesy of Raila Odinga. Thank you Baba. Prices of everything will drop in the first 100 days of Azimio Government.”

“Kenyans are so grateful to the Uhuru – Ruto government for lowering the price of unga from Ksh. 230 to Ksh. 100. Deputy President William Ruto cares about Kenyans and specifically hustlers that’s why he has ensured the government which he is part of has lowered the price of Unga.”

“Why did you leave Kenyans to suffer?” -Deputy President William Ruto now claims that the government wants to reduce the price of Unga because elections are near. Reported by Citizen Tv.

RELIEF for Kenyan families as the price of a 2-kg packet of unga drops from Ksh230 to Sh100.