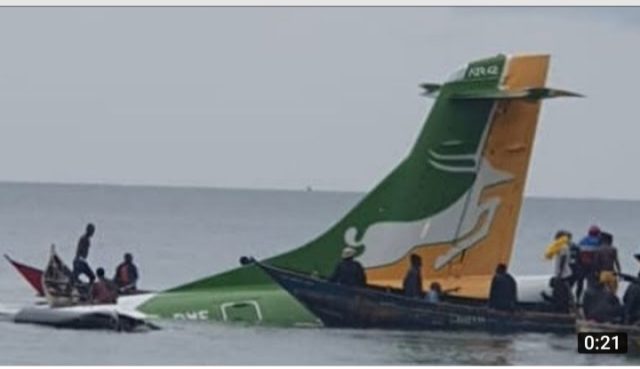 An aeroplane just about to land at Bukoba airport in Tanzania Plunges in Lake Victoria at Kagera region.

The incident had been confirmed by the local authorities having occurred On Sunday, 6th November 2022 Morning.

Company: It had Bern confirmed the aeroplane belongs to Precision Air.

According to the reliable sources from the scene, rescue operations are currently ongoing. The Passenger Plane came from Mwanza with 49 Passengers.

The main cause of accident has not yet been confirmed. According to the local media report, the accident at Lake Victoria was caused by heavy rain and strong winds in the region.