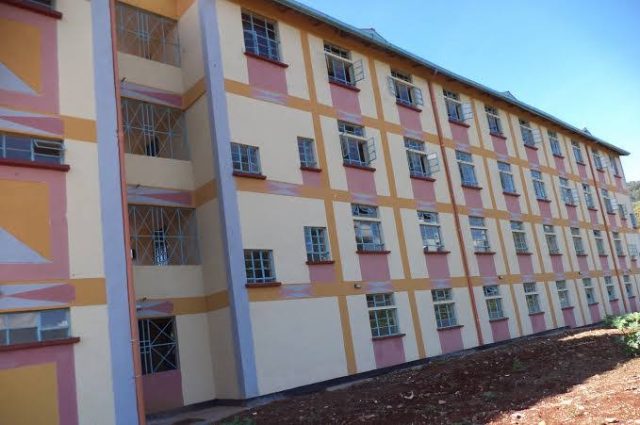 An 18 years old man who Sneaked Into Nyeri Girls Secondary School to meet girlfriend has arrested.

His mission was unmasked by other girls who raised alarm last night. The school is located in Nyeri County.

From tye statement to media houses, the 18 year old on a mission failed to trace his girlfriend in a crowd of girls heading to their dormitories. His tactics bore no fruits after the shocked girls started screaming hence attracting the school security personnel and principal.

Sources: “The young man from Gatugi Day secondary school who was dressed in the girls’ school uniform from head to toe, joined a group of girls as they walked to their dormitories from their evening preps, minutes past 10pm.”

Further information indicates the man had, three condoms, a mobile phone and a lighter. They were recovered from the extremely industrious student who had stuffed his chest with pieces of clothings, to create a false impression of a female bosom. He was whisked to Othaya police station where he is being processed.

This incident is highly condemned amongst students sadly happening when the learners have only countable days to sit for their national examinations.