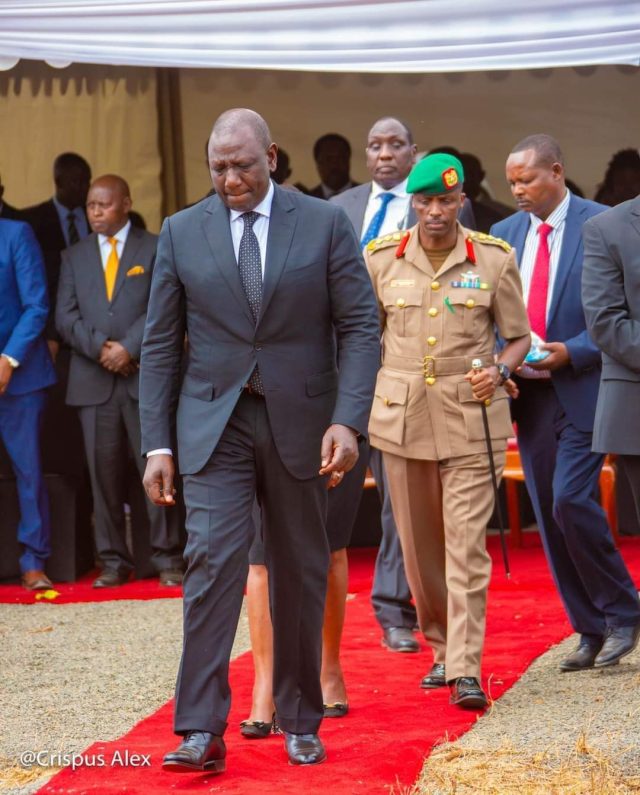 Who is the fifth president of Kenya?

The fifth president of the republic of Kenya is Called Dr. William Samoei Ruto. He took over from H. E Uhuru Muigai Kenyatta. whose rulling term ended on 9th August 2022. Other previous presidents include Mzee Jomo Kenyatta, The late Daniel Arap Moi and The late Mwai Kibaki.

When was Ruto sworn in? He was Sworn in on 13th September 2022 at Kasarani Stadium. President Ruto took two oaths of Office of the president witnessed by different heads of state under The Supreme Court headed by Chief Justice Martha Koome.

Dr. William Ruto is married to one wife Rachel Chebet Ruto. H.E First Lady Rachel Ruto is the fifth first lady of the republic of Kenya. The two got married in 1991.

William Ruto was born on Boxing day 26, December 1966. He is currently 56 Years old. He is a son to Mama Sarah Cheruiyot and Mzee Daniel Cheruiyot. Ruto came from a very humble background. He is popularly known as the chief hustler

Dr. Ruto’s win was highly contested by the Azimio La Umoja lead by its presidential candidate Hon. Raila Amolo Odinga. It went to an extent of petitioning but the supreme court upheld his win stating that the first petitioner did not submit enough evidence. CJ Martha Koome issued a judgement announcing Ruto as the Fifth President.