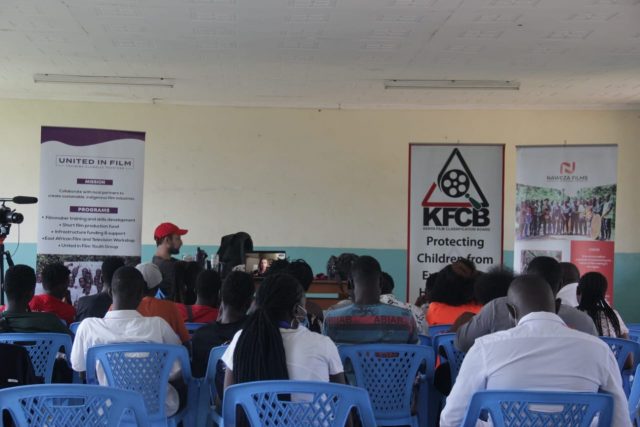 KFCB – Kenya Film and Classification Board is a state corporation that issues Licenses to film exhibitors, movie theatres and Cinema halls. It plays a major role to ensure content consumed by Viewers is duly rate.

In 3 days the Organ held a comprehensive forum in Kisumu County conducting a sensitisation exercise to upcoming filmmakers.

The KFCB workshop was held in Arina Community Social hall, Kisumu. Through this workshop the filmmakers had an opportunity to learn the importance and need for promotion of clean content striving to protect a Kenya child.

It was explained how harmful it will be exposing a child to harmful content as well as adherence to the provisions of the films and stage play act cap 222 of the law of Kenya.

Kenya Film and Classification Board 3 day Forum was funded by United in Film and Naweza films.