Home Local News Kenya: Mixed Reactions after GMO Maize is allowed into the Country for... 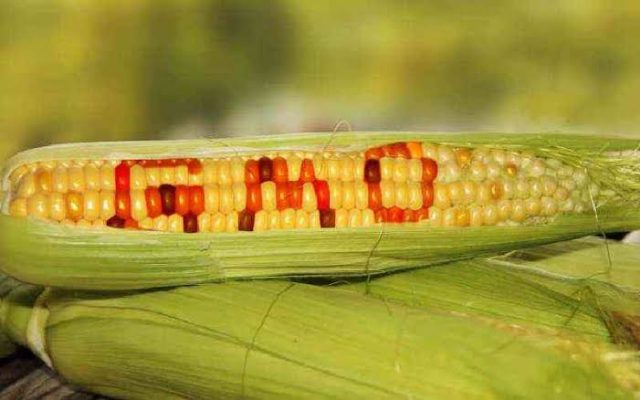 Kenyans express their feelings after Cabinet Secretary(CS) for Trade Investment and Industry Moses Kuria allows GMOs maize into the country.

What does GMO mean?

This are organisms in which the genetic materials ie DNA is altered in an unnatural combination.

After the relevant stakeholders warned the nation upon allowing GMO products into the country. They went ahead and explained stating that the products are highly harmful to human health.

Few weeks later Kenyans were hit by shock after the Ministry of Trade led by Moses Kuria opened international gates to allow millions of GMO bags of maize into the country.

Through his statement shared yesterday, Kuria is only allowing the maize to help reduce hunger and solve the issue of lack of food that is experienced nationwide.

After Cs Moses Kuria’s speech, Kenyans on twitter have joined the opposition government in expressing their feelings and views on the GMO news in Kenya.

One of the top most political class has stated that the GMO way is not safe for Kenyans at all and therefore urges Kenyans to reject the GMO news by Moses Kuria.

“Dear Kenyans do Not allow GMO maize into this country please do not! If a cabinet secretary can say they have deliberately decided to allow GMO into the country to kill people should we really fall into their trap? Come ON! be serious … this is absolutely ludicrous!” — Reads part of twitter statement.

Another Kenyan states “We’re back to the days of terror we will suffer untill the system apologize to us. This country was fixed for the benefit of a few and now we’re paying the price. Nevertheless let’s speak out. Twende kazi.”

GMO Maize in Kenya is not welcomed by Kenyans. As it is, tye government is forcing GMO to Kenyans in order to help reduce the high living standards to the level of ordinary citizens popularly referred to as hustler.

“Being in this country you are a candidate for death. And because there are many things competing for death, there is nothing wrong with adding GMO to that list. That is why we are deliberately allowing GMO into this country – Moses Kuria,” — Trade CS