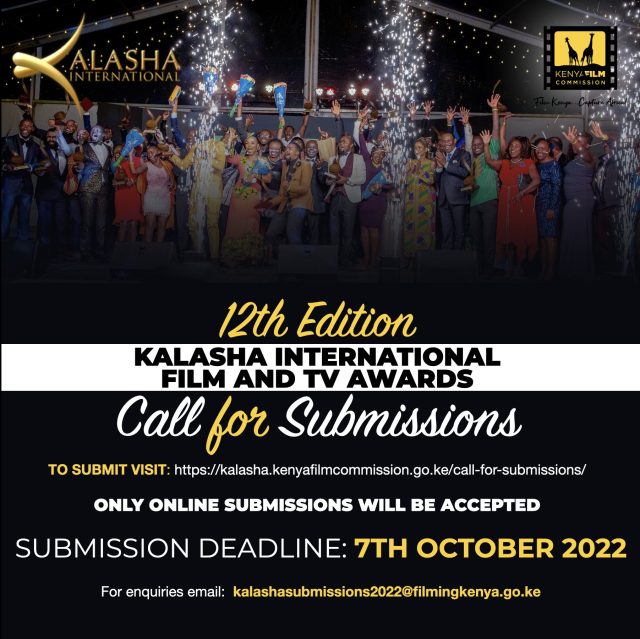 Kenya Film Commission has invited all Interested individuals to submit for the 12th edition of Kalasha International Film and TV Awards 2022.

The process is already in progress until 7th October 2022.

“Kenya Film Commission is pleased to announce the call to submission for the 12th edition of Kalasha International Film and TV Awards.
The deadline for submission will be on 7th October 2022.”

According to KFCB, only online submission will be accepted.

What is Kalasha International Film and TV Awards?

Kalasha Film & TV Awards is an annual award presented by Kenya Film Commission. Its goal is to recognize and celebrate achievers in Kenya’s TV and film industry.

Entry into the award ceremony are films and TV series that have been aired on Kenyan television stations. – Wikipedia