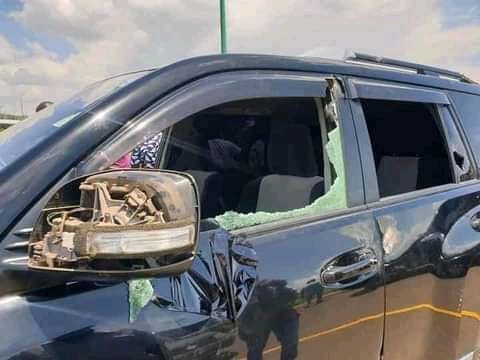 The Office of the inspector General National Police Service Nairobi Kenya has spoken after the violence experienced during H.E Deputy President William Ruto’s tour in Kondele.

The report states that based on the intelligence of gathered, there was tension within Kondele owing to alleged distribution of campaign logistical funds among local groups.

The violence occurred as Dp William ruto was issuing his speech. The group did not give him time to speak as he tried to calm them down. Deputy President was heard asking the youth to stop throwing stones as he urged ODM leaders to do away with violence in politics.

Deputy President states that no barrier will stop the Hustler Nation from putting more oxygen into the economy. He says they will engage every Kenyan so that they can agree on what to prioritise in their manifesto.