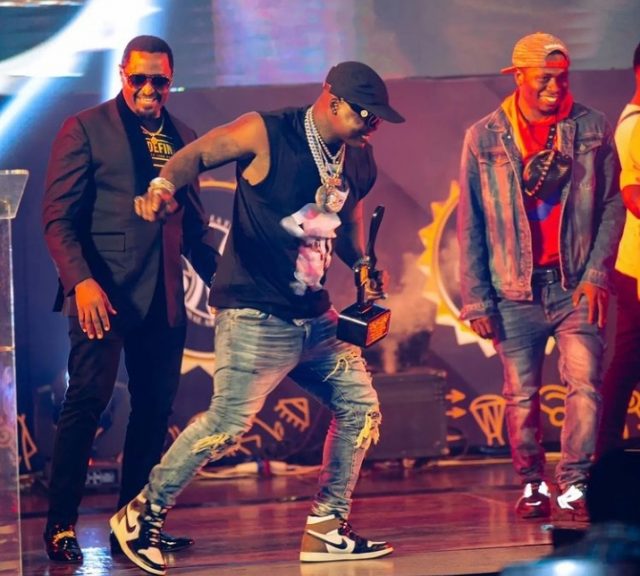 Tanzania Music Awards are music awards held annually in Tanzania. According to Wikipedia, they are also known as Kilimanjaro Music Awards.

Tanzania Music Awards was established way back in 1999. The main aim behind its formation was to celebrate and award talented Music makers in the country.

2022 Awards were announced and Konde Gang Boss Harmonize was also nominated. Today he took his joy on Instagram expressing how happy he is sweeping 3 trophies at a go.

“Tanzania Music Awards is back and your boy went back to back trophies BEST OF ALL BEST. Thank you.” He posted.

His main reason that has been ploughing some biff between him and Diamond was about being misused with unworthy pay.

He claimed Diamond Platnumz took a bigger percentage of income generated from music despite him playing a bigger role in the production.