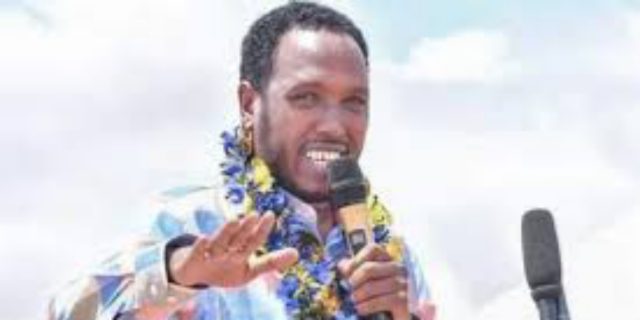 Hon. Salah Yakub advices to replace the Presidential term limit with 75 Year’s age limit. From the current constitution a president can only serve for 2 terms 5 yaers each.

The legislator first thanked president William Ruto for fairness in distribution of Cabinet Secretary positions and Parliament Secretaries 2022. According to Salah, all regions are well represented.

After extensive explanation, Hon. Salah categorised President Ruto as a good leader who deserves enough time to lead and serve Kenyans. It is due to this reason that he hints a plan to scrap off the Presidential term limit and replace with 75 Years age limit.

This statement has left Kenyans in all platforms talking. As Kenyans on Twitter rebuke the statement and utterances, United Democratic Alliance party and Kenya Kwanza has also distanced itself from it.

According to the statement shared to media houses, the party is busy implementing the Manifesto and promises hence not ready for sideshows.

The Party has not been part of discussions in regard to term limits. The Party is busy implementing the The Plan and will not be part of sideshows. Remarks by Fafi MP Salah Yakub that there are plans to extend term limits for the President are a product of a fertile imagination by the legislator. UDA distances itself from the utterances by the MP. — Read social media statement.