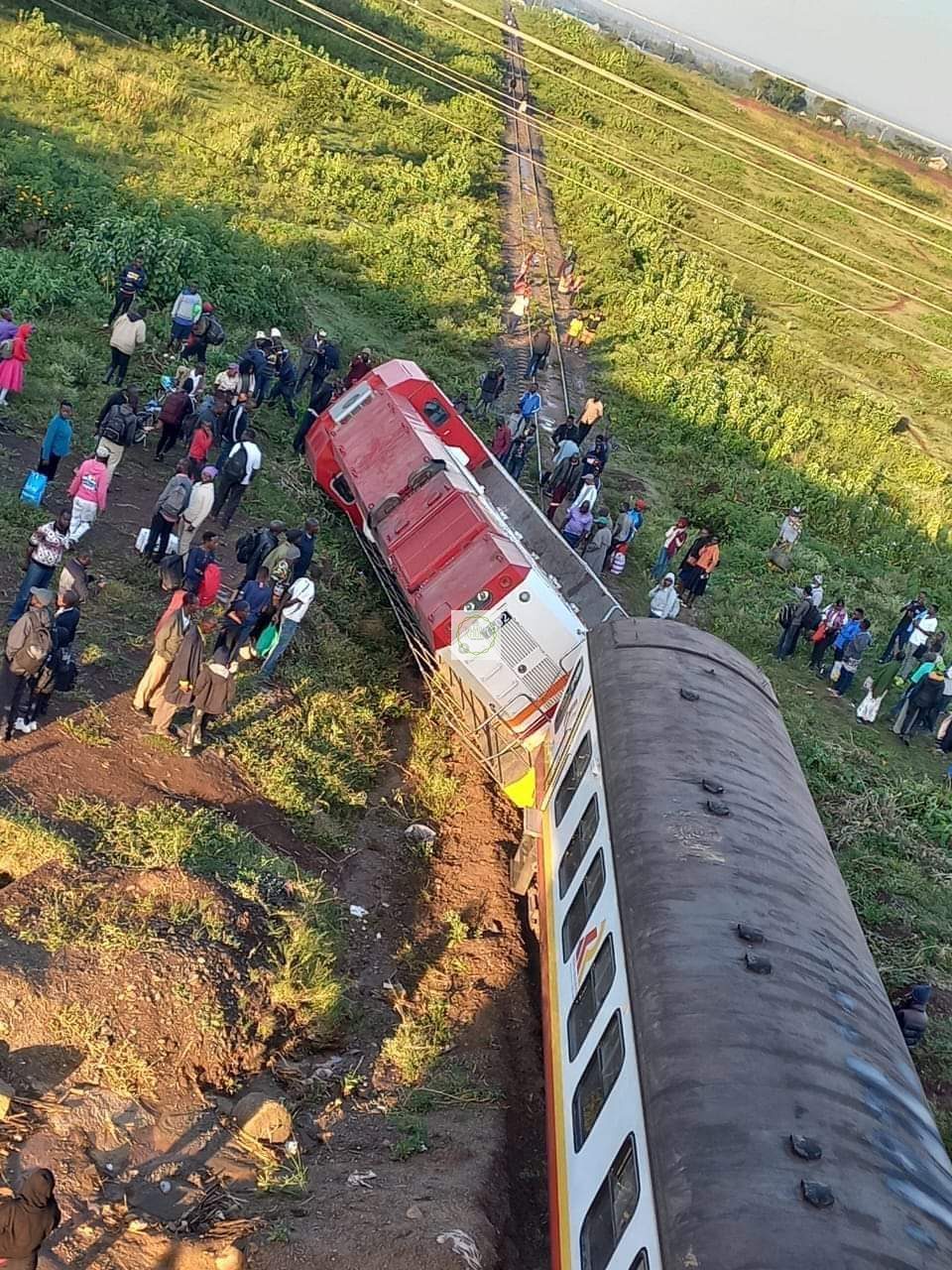 A passenger train on route to Kisumu from Nairobi has derailed, blocking a section of the Kisumu-Kakamega road.

The news hitting the nation indicates that the train causes a huge traffic. This was after the part of the train blocked Kisumu Kakamega Road.

According to NTV news, the accident happened approximately 2 kilometres from the station at a place called mambo Leo.

“One of the wagons on the Nairobi-Kisumu passenger train, derailed at the cross section of the busy Kisumu – Kakamega highway early this morning, just 2 kilometres from its destination, causing some traffic congestion.”