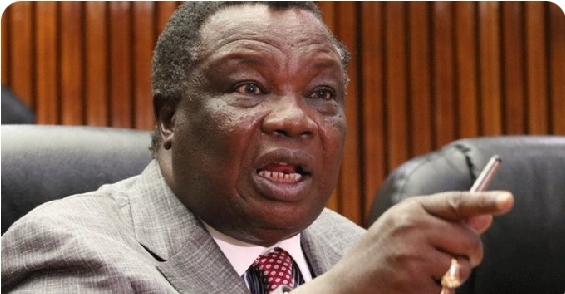 COTU boss Hon Francis Atwoli has today bursted loud on how Mudavadi let him down. He speaks in bitterness after he claims spending more then 200 million to make Mudavadi the Luhya spokesman.

He used money he got from his salary but all Mudavadi did was to let him down. According to his statement on a TV interview, Atwoli says Mudavadi has never held even a single rally in Western region but all he does is appearing at the funerals.

The beans have been spilled after the ANC Party Leader Musalia decided to Join UDA chaired by William Ruto. Recently Mudavadi and Wetangula shocked the nation after the promised Tsunami was stepping out of OKA.

“I used more than ksh200million to make Musalia Mudavadi a Luhya spokesperson. My own salary money. Since then he has never had a public rally in Western Kenya even in his own Vihiga home. You only see him in funerals” – Francis Atwoli